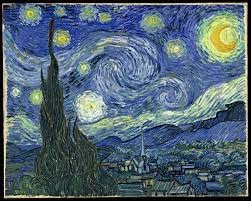 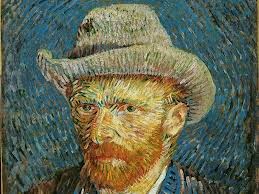 Vincent van Gogh was born in the Netherlands in 1853. His father and grandfather were ministers, but others in his family worked in the art world. Vincent had two brothers and three sisters. He was closest to his younger brother Theo.
Although he enjoyed drawing from the time he was a young boy, Vincent had a number of other jobs before he decided to work as an artist full time. He worked as a teacher in London and then as a minister. He also worked in a book store, an art gallery, and as a missionary. At around the age of 27, van Gogh decided to devote himself completely to art.

When Vincent first started drawing he sketched pictures using pencils or charcoal sticks. He used some watercolors as well. He liked to draw pictures of poor hardworking people. Eventually he began to paint using oil paints.

In this early part of his career, van Gogh used a lot of dark colors such as browns and dark greens. His pictures were often somber or sad. His most famous early painting was called The Potato Eaters. It was a dark picture of a peasant family eating potatoes for dinner. 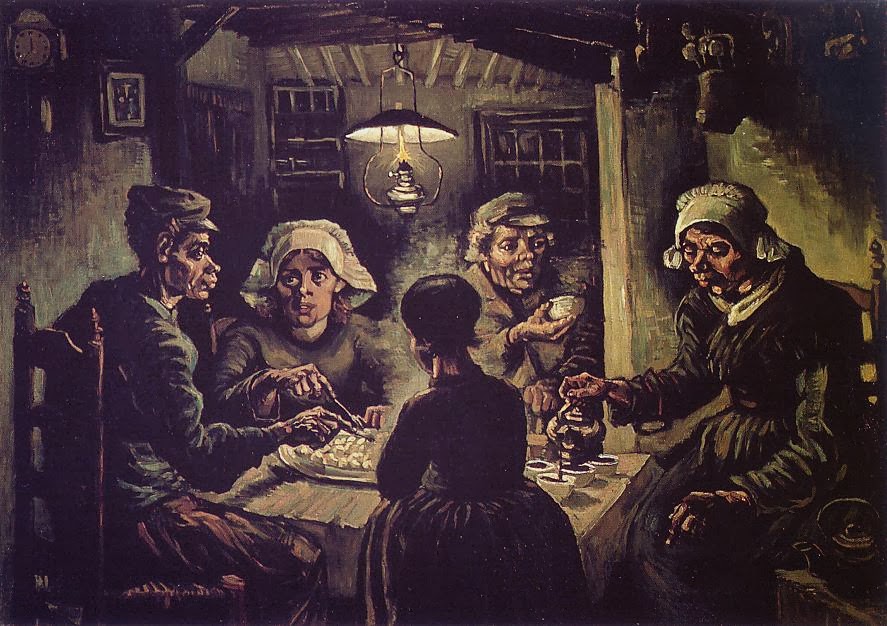 Much of what we know about van Gogh comes from letters he wrote to his brother Theo. Theo worked in an art gallery in Paris and supported Vincent's art career. He sent Vincent money and encouraged him. Theo tried to sell Vincent's paintings, but no one wanted to buy them.

Theo wrote to Vincent to tell him about a new style of painting in Paris called Impressionism. In 1886 Vincent moved to Paris to learn from these new painters. His art became influenced by painters such as Claude Monet, Edgar Degas, and Camille Pissarro. He also became good friends with artist Paul Gauguin.

During this time van Gogh began to use brighter colors. His brushwork also became more broken. He painted subjects from the streets and cafes of Paris as well as the countryside. Van Gogh also became interested in painting portraits of people. When he couldn't find models, he would paint himself for practice. He painted over twenty self portraits during this time. 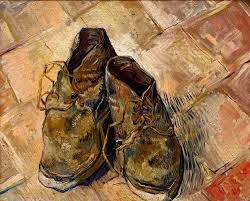 In 1888 van Gogh moved south to Arles, France to start up an artist's commune. He rented out a yellow house to live in and invited artist Paul Gauguin to join him. He loved the vibrant colors and the bright sun of Arles.

Van Gogh began painting with intensity and emotion. The colors in his paintings became more vibrant and bright. He would sometimes apply the paint directly onto the canvas from the tubes leaving the paint thick with rough brush strokes. Sometimes it would take weeks for his paintings to dry because the paint was so thick.

Vincent painted hundreds of pictures during this time, sometimes painting masterpieces in a single day. He became fully obsessed with art. Paul Gauguin came to visit for a time, but the two artists had an argument and Gauguin soon left. 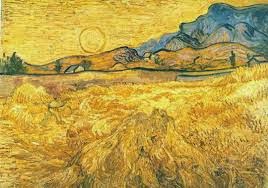 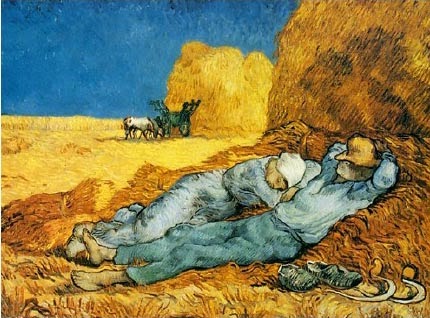 In 1889 van Gogh committed himself to a mental hospital. He could barely take care of himself. He still continued to paint and painted one of his most famous paintings Starry Night. Many of his paintings during this time featured cypress trees and lots of swirling colors.
Van Gogh's mental state continued to deteriorate. On July 29, 1890 he died from a self-inflicted bullet wound to the chest. 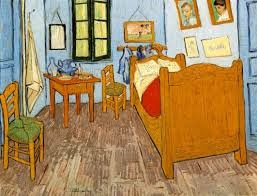 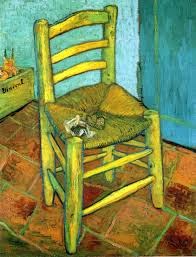 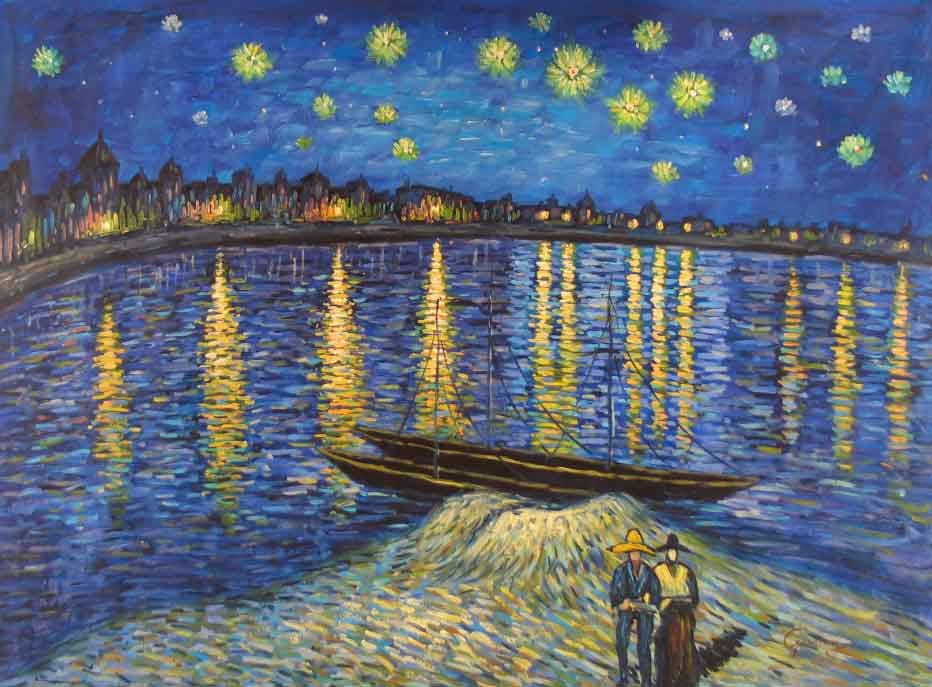 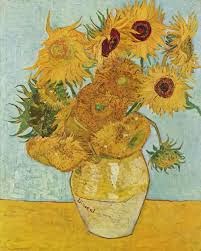 Although he wasn't famous during his lifetime, today he is considered one of the greatest and most influential artists of his time. Many of his paintings sell for millions of dollars today. There are over 800 surviving oil paintings as well as over a thousand water colors and sketches of his work.

Did he really cut off his ear?

Yes. After an argument with painter Paul Gauguin, van Gogh went home and cut off part of his left ear with a razor blade. He then wrapped up the ear in a cloth and presented it to a woman as a "present". 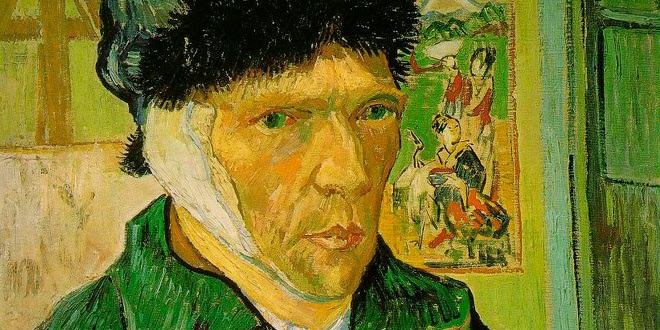